Dear Nikki,
I wanted to write you and thank you for some time and perhaps it is the difficulty in the context of simply beginning that has prevented me from doing so, I don’t know. At last I am able to fathom what I wanted to say to you.  When we last met I was attending (Virginia Tech 1989) Summer school and I was enrolled in your Black Poetry Senior seminar class. I was the naive college senior who wrote marginal, self involved poetry and I had a lot to learn and I still do. I wrote a poem titled 1775 Delivered  which contrasted the life of the slave with modern day prison politics, ambitious to say the least. You noted in your evaluation that the poem lacked closure. Yet I think that the deliberate ambiguity of the poem was rooted in fear and denial. My inability to foster compassion at the time lead to the depiction of human atrocity as an immanent facet of existence. Atrocity is never immanent, but it is allowed. Since I continue to regard you as one of my greatest Teachers I wanted to discuss several concepts with you. I am amazed by your courage. The dogma that you continue to confront in your writing has become even more culturally engendered today. I feel the unbearable misery of the human problem everywhere today but I think that you know that the solution has always been to give people an individual hope and dignity. I think about what you said in Gemini about beginning to consider yourself as beautiful or as a beautiful person. I am reminded of the danger of honesty without love that you mentioned in Gemini as well. Yet the white devil is the human devil, the atrocity continues unbounded and fostered by pathetic denial and an unreasonable selfism. Joy Harjo notices the coninuing adolesence of our society, this culture which refuses to accept and love all of it’s people-an immanent suicide. I think about that Summer classroom often and I realized that you were asking us to challenge our own private constructs, to reexamine our cultural truisms and begin to confront our own denial regarding human pain. These things you asked of us and these difficult issues remain at the center of my task as a poet and an artist. I have continued to write poetry and am a performance artist, during my shows I integrate the medium of painting, poetry and music simultaneously. I have recently performed at the Asheville Poetry festival and I will continue to do exhibits and performances of my work both locally and abroad. Thank you Nikki, your writings and thoughts continue to remain with me. I wish you all the best.
Good Luck,
-Byron Kelly
https://studioappal.bandcamp.com/track/dear-nikki
at August 09, 2022 No comments:

Taking notes/sketching and pre-writing before actually attempting to write a draft of a poem or paint on a canvas has been an important part of my own creative process. Simply giving yourself a chance to write or sketch (unhidered by any inner critical voice) and being unconcered about the finished result (in that very early stage) has been liberating for my poetry and art.

I have always loved painting with tempera (cakes and liquid) and just a bit of acrylic mixed in (as William Blake did alongside his relief etchings). The paint is (unlike oils) wonderfully fluid and cooperative and I like being able to blend it in easily in case I need to make several fresh starts on the same canvas. I have also experimented with digital art after getting a computer in 1998 and usually take a photograph and modify it using photoshop to enhance colors and the overall composition of the image. I have found that these digital images can work well as illustrations for my poetry. 7/7/2022
at July 07, 2022 No comments:

Poems of The Infinite Dream

Poems of the Infinite Dream (written in 1993-94) was a poetic response to Wm. Blake’s idea that “If the doors of perception were cleansed every thing would appear to man as it is, Infinite. It was also the second book of a series of poems under one title that began with Faith of Heart in 1992 and has continued to the present time with Vandalia.

Reading Rimbaud’s Illuminations for the first time back in 1994 changed what I thought poetry could be and also my own approach to writing poems.

I still like to consider frequently the notion of the poetic story line, each moment is an unfolding of some story all around us and there is poetry in that alone.

Early on I started illustrating my own poems with painting and putting them to music as well with the spontaneous, dreamy & cinematic sounds of The Spiritworld https://www.studioappalachia.com/the-spiritworld.html , Spectral Arts https://sites.google.com/view/spectral-arts/ & Project Morning Star https://sites.google.com/view/project-morning-star/ -T. Byron Kelly @tbyronk

Dear Nikki,  I wanted to write you and thank you for some time and perhaps it is the difficulty in the context of simply beginning that has ... 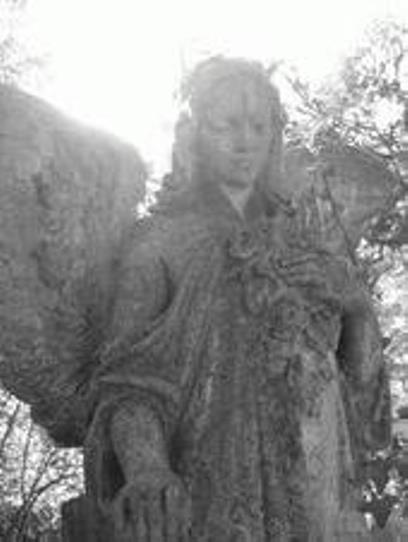